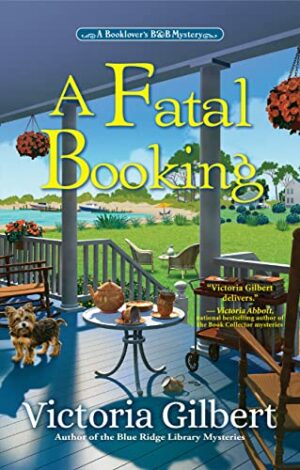 Booklover Charlotte is delighted to welcome an eclectic group of guests to Chapters Bed and Breakfast for a book club retreat focused on fairy tales and classic children’s literature. But when one of the guests is poisoned at a Mad Hatter tea party, Charlotte realizes she’s fallen down a rather unpleasant rabbit hole

The victim – an opinionated busybody whose jewelry store sold original designs, along with some possibly “hot” merchandise – had plenty of enemies, spurring Charlotte and Ellen to offer their well-honed investigative skills to assist the local police. But as they delve deeper into each of the guest’s stories, they realize all of them had a motive, and the means, to close the book on the unfortunate victim.

Enlisting the aid of a few local residents, as well as their new ally, agent Gavin Howard, Charlotte and Ellen vow to reveal the truth, even if the path to any sort of happy ending is strewn with deadly danger.