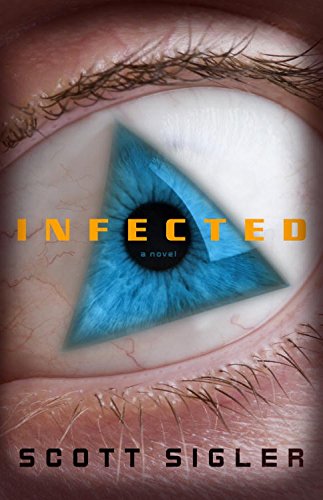 A mysterious disease is turning thousands of ordinary Americans into raving, paranoid murderers who inflict brutal horrors on strangers, their own families, and even themselves. And one morning, ex–football star Perry Dawsey awakens to find mysterious welts growing all over his body. Soon Perry finds himself acting and thinking strangely, hearing voices, fighting uncontrollable rage . . . he is infected. Worse, the disease wants something from him, something that could alter the fate of the human race.

A terrifying thriller that will crawl beneath your skin…and leave fresh blood on every page.

Across America a mysterious disease is turning ordinary people into raving, paranoid murderers who inflict brutal horrors on strangers, themselves, and even their own families.

Working under the government’s shroud of secrecy, CIA operative Dew Phillips crisscrosses the country trying in vain to capture a live victim. With only decomposing corpses for clues, CDC epidemiologist Margaret Montoya races to analyze the science behind this deadly contagion. She discovers that these killers all have one thing in common—they’ve been contaminated by a bioengineered parasite, shaped by a complexity far beyond the limits of known science.

The fate of the human race may well depend on the bloody war Perry must wage with his own body, because the parasites want something from him, something that goes beyond mere murder.