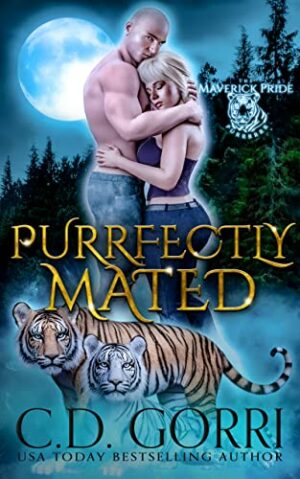 He’s the leader of his Pride. She’s a normal with no idea Shifters exist.

He’s the leader of his Pride. She’s a normal with no idea Shifters exist.

Calling a Magical Matchmaking Service isn’t exactly ideal, but Hunter Maverick is desperate to find his mate. If he doesn’t have control of the eight-hundred-pound Tiger living inside him, he can’t run the Pride. The best way to manage his beast is to claim a female as his own, but no one in his Pride calls to him. Only his fated mate will do.

There’s just one problem. He has no idea who she is.

Elissa Phoenix has hit rock bottom. When she’s cajoled into accepting a blind date, she finds herself in one lousy situation after another. Bad manners and lewd suggestions leave Elissa no choice but to leave on her own.

Stranded in the rain on the side of the road, Elissa is startled when an elderly stranger in a limo offers her a ride. She knows she should run, but her gut says get in. With no other prospects, what does she have to lose?

Uncle Uzzi has found the purrfect mate for the big bad Tiger of Maverick Point, New Jersey wandering on the side of the road, but it’s up to the growly Neta to win her heart.