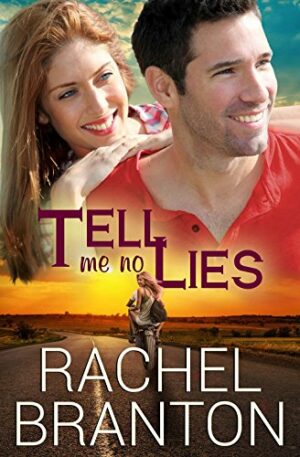 Tell Me No Lies

With her trust fund in jeopardy, Tessa Crawford enters into a relationship with a mysterious neighbor that soon turns into something more dangerous than either of them could have imagined.

With her trust fund in jeopardy, Tessa Crawford enters into a relationship with a mysterious neighbor that soon turns into something more dangerous than either of them could have imagined.

Two days before her wedding, Tessa Crawford’s world crumbles, leaving her hurt and betrayed. Worse, if Tessa doesn’t marry and receive her trust fund, her sister Lily will lose her house and the homeless girls she helps will have nowhere to go.

But Tessa can’t marry just anyone, can she?

Gage Braxton, the guy from next door, is willing to help her out, but rumors hint that he’s an ex-con. Tessa quickly finds herself attracted to a man who has no intention of ever falling in love or of passing on his terrible legacy.

When Tessa stumbles across evidence that may be proof of Gage’s innocence, suspects begin to line up. Someone is willing to kill again to see that the truth remains buried, and if Tessa doesn’t hurry and solve the old murder, she will lose not only her chance at love but may become the murderer’s next victim.

Rachel Branton has created an exciting, romantic story with a new take on a theme that never gets old.

Note: All the stories in the Lily’s House series are complete stories without cliffhangers. Reading all of them will catch you up with characters in previous novels, but you do not have to read them in order. Enjoy!