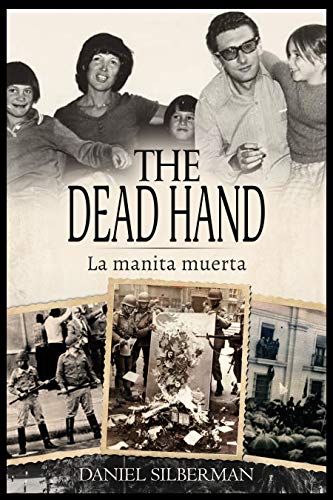 A collection of short stories that allow you to become acquainted with the lives of their characters under the dictatorship regime in Chile, and their attempt to continue their daily routines despite of all the violations of basic individual rights.

The military coup in Chile through the eyes of innocent children

La Manita Muerta The Dead Hand is a compilation of short stories that allow the reader to become acquainted with the lives of their characters under the dictatorship regime in Chile after the military overthrew the elected democratic government in 1973, and their attempt to continue with their daily routines despite and in face of all the existential dangers and violations of basic individual rights.

The stories evolve around the life of David Silberman, who was the prominent manager of a mining operation in the north of the country and a socialist political activist, who was kidnapped by the military after the government was overthrown.

Each story stands on its own, but they are interconnected through a single riveting plot, which is based on the real events and chosen to be told from the unique perspective of women and children, because history is mostly related by male adult characters.

The plot follows the realities of life under a Latin American dictatorship, but there is a hidden message for all readers worldwide. In Chile, the democratic values were shattered overnight in an abrupt transition by a well-timed military coup, while in the rest of the western free world there is a slow and gradual erosion of the values of freedom and democracy that may ultimately lead to similar consequences.