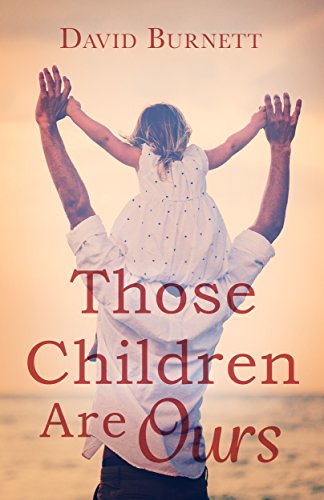 Those Children Are Ours

Jennie Bateman screamed at her daughters, cursed at her husband, packed a bag, and walked away. Twelve years later, she petitions the family court for visitation with her daughters. Her former husband does not want to share his children with the woman who deserted him. Her children have no interest in knowing the mother who abandoned them. If the court grants Jennie three trial visits, how will she be able to convince her children to let her be their mother?

A good mother would never desert her children.

But it was exactly what Jennie had done. She had growled at her daughters, cursed her husband, and slammed the door as she stomped away. Twelve years later, she asks a judge for another chance to be a mother, a good one this time.

In court, she lists all of the reasons and all of her excuses: the demons of her bipolar disorder, the alcohol that flowed too freely at the bar where she had worked, the guys who came on to her. Now, sober, chaste, and on meds, she is a different person from the one who walked out. Nevertheless, her request for visitation meets a stone wall. Her former husband does not want to share his children with the woman who deserted them. Her daughters have busy lives that do not include her, and they recall nothing about her, nothing good, at any rate. The judge is skeptical.

Even if the judge were to grant the visitation rights she requests, only half her battle will be won. How can she ever convince her children to accept her as their mother?

Whether your hero is Frodo, Rocky Balboa, or the Rebel Alliance, if you enjoy watching the underdog scramble against the odds, you will enjoy following Jennie as she struggles to overcome her past.

One-click Those Children Are Ours now!

Those Children Are Ours