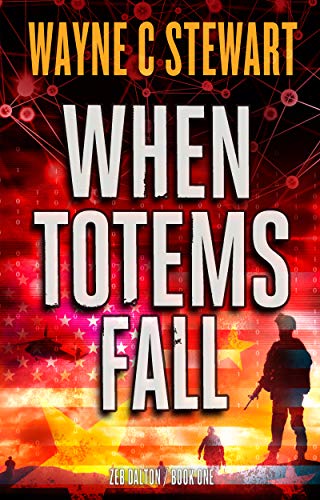 He believed his breakthrough AI might someday change the world. It finally has. And now 50,000 Chinese soldiers stand guard over American soil.

“A page-turning political/military thriller with dueling protagonists and a tech quotient high enough to satisfy fans of even the hardest science fiction.” – Independent Book Review 10/13/20

He believed his breakthrough AI might someday change the world.
It finally has.

Seattle. Terror Wars Vet Zeb Dalton’s bargain with the US military was more than repaid in a decade of sand, blood, and religious extremism. Finally home but not at peace, Dalton awakes to the horrors of a Chinese invasion of the western third of Washington State, made possible by next generation tech completely sidelining US nuclear forces. As Beijing takes control of its newest province, the retired signal corpsman finds the code all too familiar. And more dangerous than he’d ever envisioned.

Beijing. Rising star businessman Junjie Zang silenced his fears. Now he fears what his silence has forced upon humanity. Seeking a reversal of his country’s aggressions, Zang is on the run and reaching out for help. But hope is fading quickly in the wake of coworker’s mysterious deaths and the realization that his name is next on the list.

One man must trust his enemy. The other must destroy what he has trusted in.

As a completely reset world stage hangs in the balance.

As Book 1 in the Zeb Dalton Thrillers, Totems satisfies readers with breakneck pacing, action, and intrigue. Buy now and get started on the series hailed as “Yes… just, yes.”

***Publisher’s note: When Totems Fall is currently available in its second edition (2020) with original and revised content resulting from reader and reviewer input.