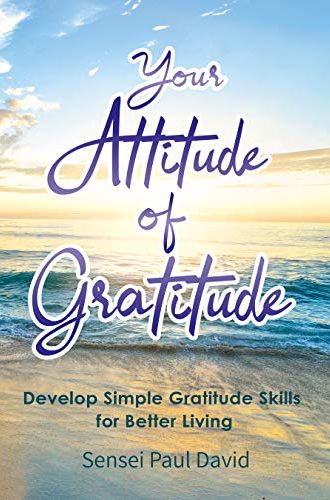 $0.00
Gratitude can be used as emotional medicine by everyone. Get simple and effective science-based strategies to destroy pessimism and start seeing the world and your life as the beautiful gift it really is! Allow this book to inspire you to find more peace and wisdom without awkwardly having to work at it. Learn to 'flip the script' on pessimism with reasoning and facts that make sense. This practical book offers simple ways of using gratitude for people curious enough to learn and experience effective habits designed to serve in ways that focus the mind, improve your mood, and strengthen your relationship with yourself as well as with others for life! 'Your Attitude of Gratitude' is aimed at helping overcome times of uncertainty with exercises based in science. The approach is to connect simple insights and practices with long term emotional benefits for better living. A perfect book for adults (both... 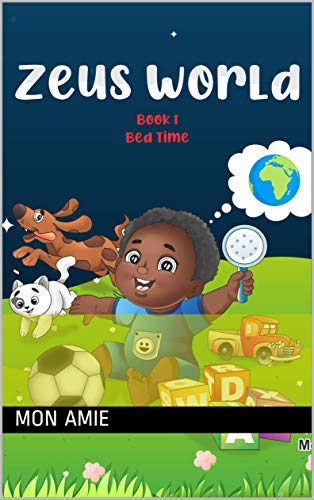 $0.00
Little Zeus lives in a world of many adventures. Those in his dreams makes bedtime routine fun. A must read for every child. 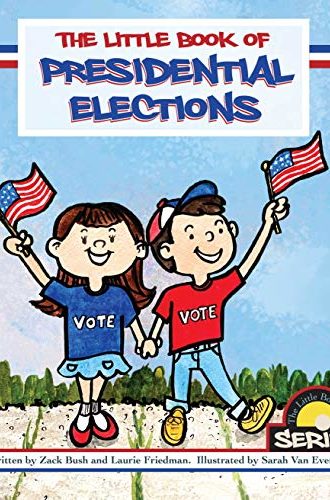 $0.00
Electing a president happens once every four years! The Little Book of Presidential Elections utilizes simple text to explain the election process and its significance to young readers. With this book, the most important election in the United States of America will make sense.  Young readers will learn step-by-step about the process of electing a president. The Little Book of Presidential Elections helps young boys and girls, preschoolers, and toddlers understand what it means to elect a president and why it is so important to vote. Voting is a right and a responsibility. This book teaches young readers about the meaning of democracy and why voting in an election is so important.The Little Book Of series introduces young kids to a wide range of ideas, activities, values, and emotions. With engaging text and warm, kid-friendly illustrations, each story teaches children that having fun, learning, talking about your feelings, and doing the right thing... 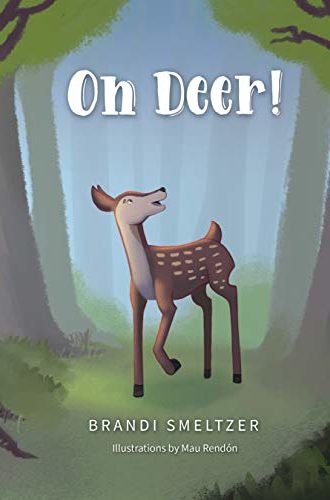 $0.00
It’s a common dilemma—finding a wild, baby animal without its mother. Many well-meaning citizens want to help, but they are not sure what to do. This is exactly what happens to Brooklyn when she spots a white-tailed fawn in trouble. As a thunderstorm looms in the distance, Brooklyn must decide whether to intervene or allow nature to run its course. Research shows that stories are an effective method for remembering factual information. Through the power of storytelling, this book provides essential information that empowers children to make educated decisions about their interactions with nature’s wild animals. Oh Deer! is an entertaining story that children will never forget. Read to see what happens to the young deer in this incredible true story and also learn some fun facts about fawns, including what to do if you spot one alone. 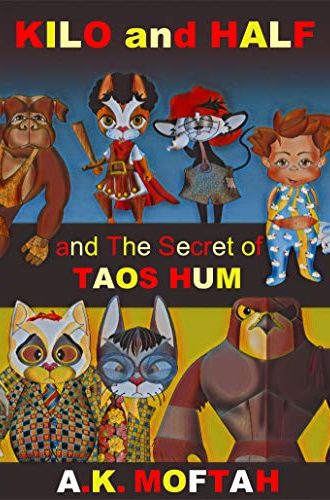 KILO and HALF, and The Secret of Taos Hum

$0.00
For no one in his town has a talent, everything in Kilo’s town is grey, dull, and box-shaped. So even though he’s in sixth grade, Kilo never read a story or heard a song. He never played a sport or ate anything other than Shambaza. But that changes when his father—the town’s joke—accidentally leaps to Earth, copies all human talents and returns to Solimiaow, pretending they are his and; therefore, turns into the town’s idol as his “talents” turn Solimiaow upside down.Maybe I should’ve started off by telling that Kilo is a kitten, and Solimiaow is a civilized town on a distant planet, inhabited by intelligent cats. Anyhow, the cats don’t live alone; they share their planet with primitive eagles, who isolate themselves atop a mountain, having an unwritten complete-ignoring pact with the stuck-up cats. But as the eagles witness Solimiaow turning into that gleeful place, they decide that pacts... 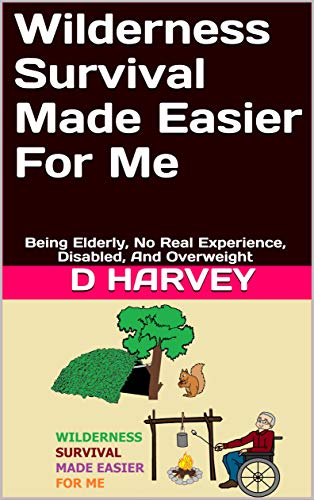 Wilderness Survival Made Easier For Me: Being Elderly, No Real Experience, Disabled, And Overweight

$0.00
Mr. D. Harvey has earned a reputation as a world Author. Being elderly, with no real experience, disabled, and overweight. Is history about to repeat itself, with natural or man-made disasters?In times of emergency or civil unrest, are you prepared for a worst Case Scenario?Carry the Essentials - bug out bag. Luke 21:34 And take heed to yourselves, lest at any time your hearts be overcharged with surfeiting, and drunkenness, and cares of this life, and so that day come upon you unawares . Luke 21:35 For as a snare shall it come on all them that dwell on the face of the whole earth. Luke 21:36 Watch ye therefore, and pray always, that ye may be accounted worthy to escape all these things that shall come to pass, and to stand before the Son of man.1. Stock Up on Food and Water2. Safety in Numbers3. Long-Term Plans4. Be PreparedRemember,... 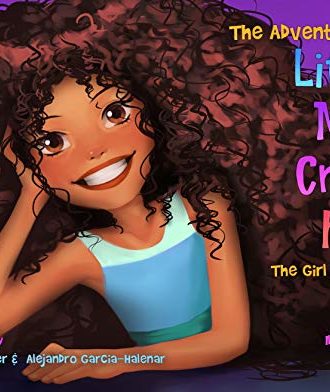 The Adventures of Little Miss Crazy Hair: The Girl with Curl

$0.00
2019 Award-Winning FINALIST in Children's Mind/Body/Spirit category INTERNATIONAL BOOK AWARDS The Adventures of Little Miss Crazy Hair - The Girl with Curl was inspired by our beautiful niece Vivian - our very own Little Miss Crazy Hair. The book chronicles a week in the life of Little Miss Crazy Hair who along with her best friend, her dog Duke, escape on wild and wonderful daily adventures resulting from the decision of how she will wear her wonderful, curly hair. She serves tea as a Princess. She refines her poise and grace as a Prima ballerina. She bravely sails the Nile. She explores the depths of the jungle. She even ventures into the skies to pilot her friends and fly over her home town.But the daily adventures are not just about hairstyles, thrills and excitement.Accompanying LMCH and Duke, is a group of their BEE Buddies who are embedded in the illustration... 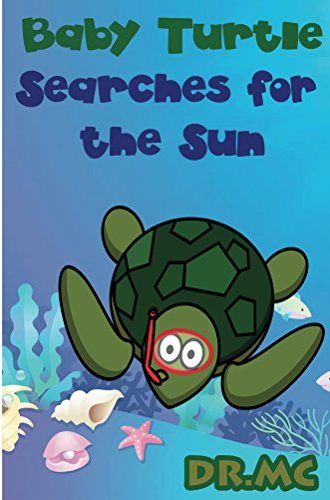 $0.00
Are your children refusing to go to bed? Are you searching for a good, educative, yet soothing bedtime story?This book is a perfect choice! Tuck in your children and let them enjoy Baby Turtle's quest for the Sun. This book will be the perfect goodnight it will soothe your kids and promote bedtime and sleeping, while delivering a good message.This children's book that is highly entertaining, great for early readers, and is jam-packed with bedtime stories, jokes, games, and more? This children's storybook has it all!WHAT A GREAT DEAL! => FUN SHORT STORY, GAMES, ACTIVITIES, A COLORING BOOK INSIDE LINK AND FREE GIFTYour child will be entertained for hours!Fun for the entire family!Kids and children can practice their reading skills or have a parent read it aloud. This special story includes lessons and morals about about caring and love.What's include inside :Special Bonus Free Gift!Free ColoringBaby Turtle Searches For The SunJust For... 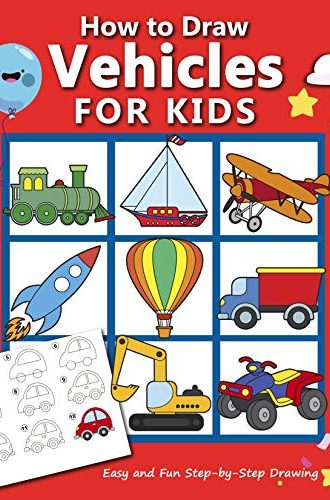 How to Draw Vehicles for Kids : Easy and Fun Step-by-Step Drawing Book (Drawing Book for Beginners) (How to draw books for kids 3)

$0.00
Do you want your child to learn how to draw cool and funny vehicles? Do you think your child can become a great artist? You will not know until you try!This is a fun and easy book for kids with step-by-step drawing lessons that will help your child start drawing and inspire creativity!Learning how to draw is much easier than you think! No more tears—everything is simple and clear! Just follow step-by-step instructions of this How to Draw Vehicles for Kids !There are 40 funny and cute vehicles for your child to draw!With this drawing book, your child will forget about gadgets and spend time in a more inspiring and creative way!This book gives you basic instructions on how to draw: you draw basic forms, add more and more details, and finally get a finished picture! How to Draw Vehicles for Kids includes:Pictures with different difficulty levels from beginners to advancedEasy to follow step-by-step instructions on how to drawDiagram for every... 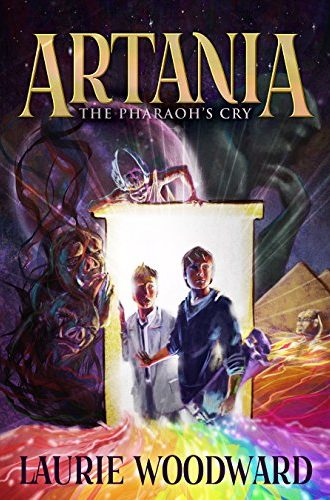 $0.00
Young Bartholomew isn’t allowed to go to school, play outside or make art... so he sketches in secret.When Bartholomew meets the skateboarding artist, Alexander DeVinci, he’s yanked into a mythical realm of living paintings and breathing sculptures: Artania. The two soon learn that the strange world, where everything seems to be possible, is on the verge of destruction.With Egyptian gods and goddesses by their side, they face daring battles and narrow skateboarding escapes. But can they defeat the evil Sickhert's army, and bring art back to the world?Praise:★★★★★ - “A fantastically original concept. Kudos."★★★★★ - “I started to read this book myself and decided it mandatory to share with my kids. There's a good moral and everything is kept family friendly, even though the story is deep enough for most adults."★★★★★ -  "A great book for kids that teaches them about the importance of art and self-expression.★★★★★ - "I started...