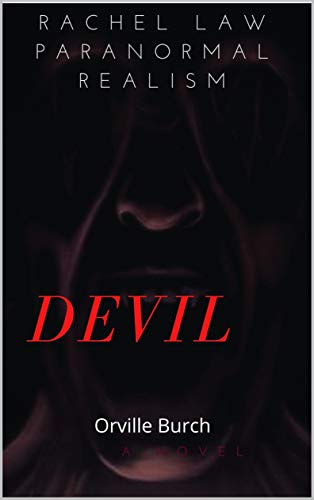 $0.00
After a brutal paranormal investigation, that almost cost the life of one of the investigators, you would think that a nice long vacation was just the ticket. Not Rachel Law, she decided to go confront the source of all evil; the Devil.Devil is a paranormal journey into the American southwest and along the Devil's Highway; a stretch of road that was once numbered Route 666.Rachel tells friends and family that she wants to meet story tellers and record ancient stories. In the back of her mind she has that intention. But her real goal was to unravel the myriad of stories to track down the Devil.This adventure is told in 8 novellas. Each stands alone as a short story, but together, they take you on a journey deep into an America that few will see, and less will understand. They take you to a place where people interact with the... 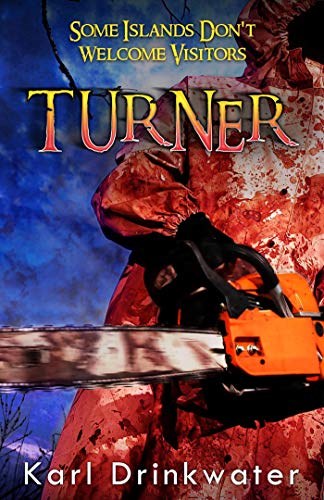 $0.00
Some islands don't welcome visitors.An isolated Welsh island seemed like the perfect escape for a convict on the run, a jilted woman, and a policeman seeking a quiet life. When the surly locals turn to murderous violence the three visitors are forced to flee together, trying to stay one step ahead of their increasingly insane pursuers.The bad news keeps coming. There are too many to fight. There is no escape from the island. And the worst storm in years has just begun. They can only run and hide as they face a night of horror and madness. If they don't work together then none of them will live to see the light of day.This tense survival horror novel is a homage to decades of nasty villains, scary predicaments, and bloody books and films. 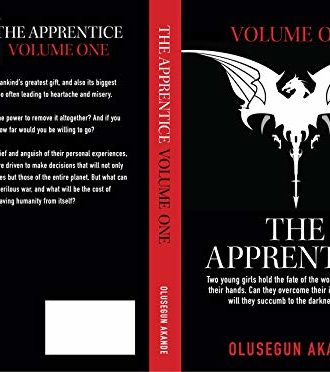 The Apprentice: Volume One

$0.00
What if dragons really existed?They once lived in peace and harmony with humankind, right here on Earth. Indeed, they still exist, but are only visible to a select few.As a result of the malicious act of a handful of humans, the trust and friendship that once existed between humans and dragons is no more. Not only were dragons forced to look for a safer habitat away from the inner realm – Earth – but the majority of them now thirst for the ultimate revenge - the destruction of humankind.Now dwelling in the outer realm, their knowledge and understanding of how their world and that of humans are interlinked is their greatest asset. For whatever prevails in their world is mirrored by the inner realm. But they are far from united. Whilst the majority are driven by hate and resentment, some hold on to hope, refusing to give up on the... 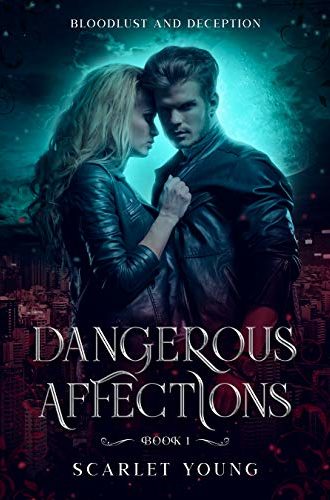 $0.00
Affections can often be dangerous--and in this case they're deadly...He is the key to bring balance to a world that he didn't even know existed. Darkness surrounded him as Trent woke up. He was sure that he was dead; how else could he explain the hauntingly vampires that surrounded him? Now, trapped between two warring vampire clans, Trent must do whatever he can to stay alive and return to his normal life. But what will Trent do when these seemingly human monsters with incredible powers claim that he is the key mongrel? Would he really strike a balance between the two worlds of vampires and humans? Will he accept the truth of his identity, even if it means forsaking the only life he's ever known? Or will he discover that there is more to him than he could have ever imagined? When Georgia Hills, daughter of the oldest and most... 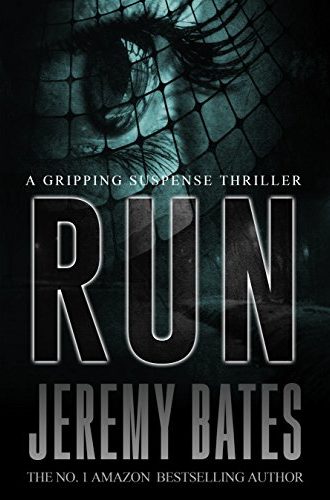 $0.00
During a camping trip to the Catskill Mountains, Charlotte's boyfriend Luke, a former soldier suffering PTSD, goes on a rampage, nearly killing Charlotte and her two friends. A year later Charlotte is a graduate student in the small college town of Ashenville, North Carolina. Yet her new life is shattered when Luke, recently released from prison, shows up on her doorstep, demanding to get back together. When it becomes clear to Luke that she is no longer interested in him, and she has in fact moved on with a new boyfriend, he vows to kill her. Now, it seems, Charlotte only has one option: Run. 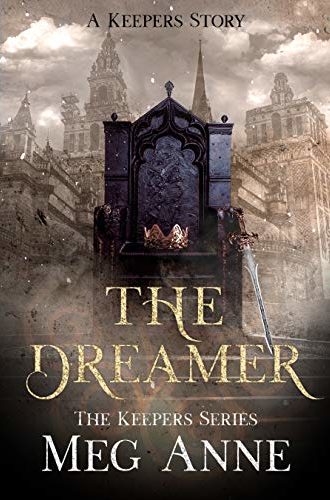 The Dreamer: A Keepers Story (The Keepers)

$0.00
Kieran, crown prince of Eatos, has everything. And nothing. The glitter and sparkle of the royal court only serves to conceal a harrowing life and a deep secret that will cost Kieran his title and the love of his family. It's a secret he thinks he can keep. But somethings can't remain hidden. 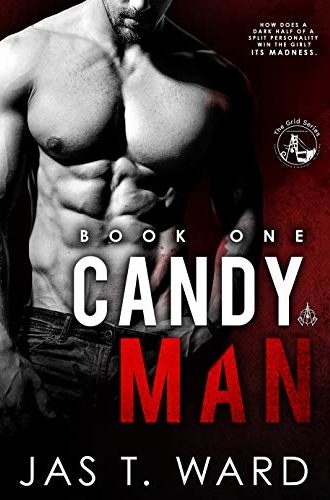 $0.00
How does the dark half of a split personality win the girl? It's Madness. You don't know I exist. Don't feel bad. No one knows I exist. Except him and he's an asshole. Sure, everyone thinks he's a hero but I know better. Because I live in his head. You see, he's not the hero everyone thinks he is. Sure, he'll own up to being gun slinger in the Old West. No problem ticking off the big bounty on his head and how many bodies hit the dirt at the end of his smoking gun. Will he tell it's because of me he didn't die? No. Because I'm the flaw he doesn't want to show. The dark, killer side. The one that keeps us both alive. And that's how it would have always been. Until her... I swear she knew I was there. And the bastard just had to break... 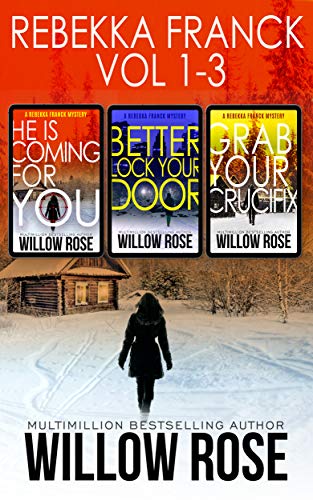 $0.00
SERIES SOLD MORE THAN 1.000.000 COPIES!Three novels from a multimillion bestselling author. This box set contains the first three books in Willow Rose's popular mystery series about the journalist Rebekka Franck and her friends and family.- One, Two...He is coming for you:Journalist Rebekka Franck returns to her hometown with her six-year-old daughter. She is trying to escape her ex-husband and starting a new life for her and her daughter when the small sleepy town experiences a murder. One of the country's wealthiest men is brutally murdered in his summer residence. While Rebekka Franck and her punk photographer Sune try to cover the story for the local newspaper another murder happens on a high society rich man. Now Rebekka Franck realizes that the drowsy little kingdom of Denmark has gotten its first serial killer and soon a series of dark secrets - long buried but not forgotten - will see the... 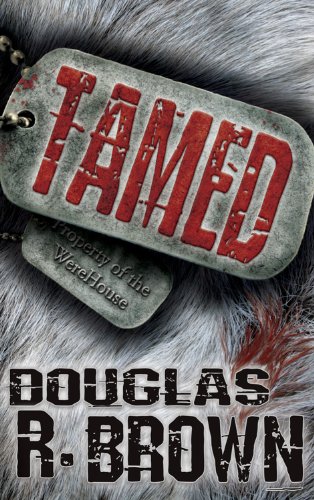 $0.00
Werewolves are real.And they make excellent pets.Owning one of the legendary creatures is the latest fad. The WereHouse insists their werepets are loyal, docile, and 100% safe, but what happens when these gentle giants turn on their masters?While on a routine EMS call, paramedic Christine Alt is attacked by a rogue werepet. She escapes with her life, but the encounter leaves her with more than just scars. As her body begins to change, she discovers the WereHouse is hiding a terrible secret, and they will stop at nothing to keep her from exposing them.Tamed is a werewolf tale with a twist from the author of the Death of the Grinderfish and The Light of Epertase trilogy. 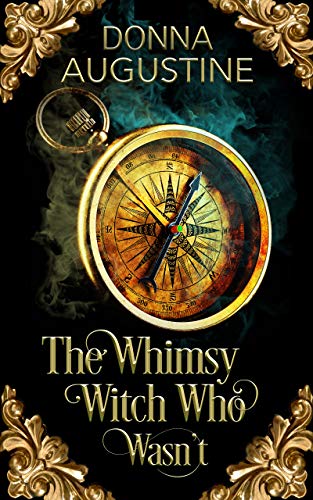 The Whimsy Witch Who Wasn’t (Tales of Xest Book 1)

$0.00
When they kidnapped me to Xest, they thought I was a nobody, another lowly whimsy witch to work in their wish factory. They couldn't have been more wrong.Everybody has bad days, stories of horror and woe. Unless they have the wind calling their name and ghosts telling them they have bad debts, I don't have time to listen. I'm too busy with the hot guy who yelled at me because of some stupid feather and strange people jumping through puddles and kidnapping me to Xest. If you don't know where Xest is, join the club. They say it's somewhere north of North, and east of East. It sure doesn't look like any place I've ever seen. So yeah, top that day and maybe I'll hear you out. Right now though, I've got to go help the hot guy keep the darkness at bay over by the Unsettled Lands, while trying...