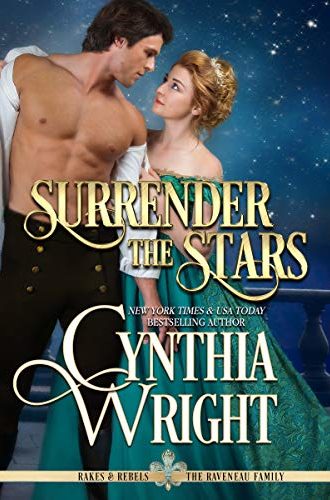 $0.00
Ryan Coleraine, adventurer and spy, and Lindsey Raveneau, a proper English schoolmistress hiding a passionate soul, forge a love that nothing can alter--even Ryan's masquerade as Lindsey's brother to help the American cause. 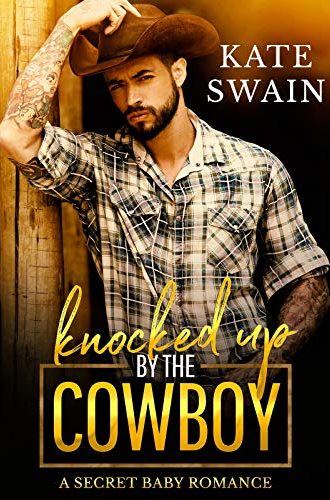 Knocked Up by the Cowboy

$0.99
What's that saying about wanting what you can't have? My brother's best friend is my new boss. He's also my teenage crush. The first man I ever loved. Now I'm pregnant with his baby And the whole world has gone to hell. Will our new little family ruin lifelong relationships? Or will our miracle bring us even closer than before? 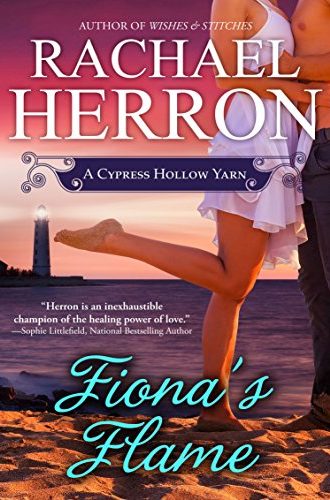 $0.00
A FULL-LENGTH STANDALONE, a great entry into the world of international bestseller Rachael Herron's sexy and hilarious books. As the owner of the Cypress Hollow gas station and garage, Fiona Lynde is not one for pretty dresses or fussy make-up. In fact, most days she forgets to brush her hair. But she does have one guilty little secret--she's been in love with Abe Atwell for over ten years. Problem is, Abe--the town's handsome harbormaster--barely knows she exists. But then Fiona petitions the council to demolish a deserted old lighthouse, just as Abe is equally determined to preserve the local landmark.But why does Fiona want to tear down the building that was once her childhood home? And why is Abe, whose father drowned in the lighthouse's shadow, so desperate to save it?Battle lines are drawn--just as the spark between them is finally ignited... Rachael Herron seamlessly blends romance, friendship, and laughter.... 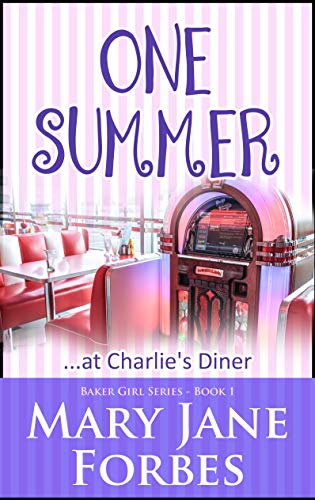 $0.00
Her eye is on the bake-off prize. His heart is set on winning her over. Will they cook up a fresh batch of love or a recipe for disaster? Down-and-out pastry chef Star Bloom has no choice but to swallow her pride and take a job at a mom and pop diner. But the goofy antics of a fellow waiter and the attentions of a sexy patron are starting to lift her sour mood. When her new friends help her land a spot on a televised cooking show, she’s hopeful it’ll be the big break she needs to open up her own bakery. Tyler Jackman would rather be animating cartoons than waiting tables. But when a blue-eyed beauty joins the diner staff, he starts counting down the hours to his next shift. Determined to get out of the friend zone, he hatches a plan to launch her dreams into the... 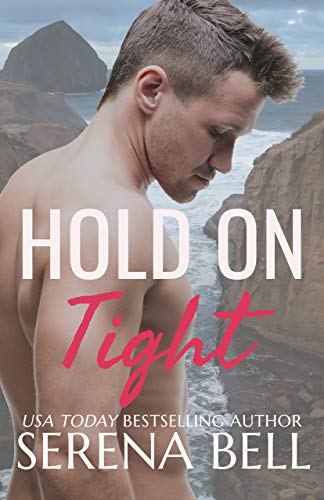 $0.00
A wounded soldier. A secret baby. A second chance at love.Military hero Jake Taylor has made a few terrible decisions, but none worse than the one in Afghanistan that cost him his best friend and his leg.Or so he thinks, until he comes home from war to discover a seven-year-old son he never knew existed.Jake can’t regret the blissful nights he spent with Mira in his arms, or the boy with his eyes, but he can leave Mira and Sam alone so they don’t become yet another one of his mistakes.He’ll rehab his body, figure out how to find purpose again—and keep things simple with the woman he once craved desperately.Except the sizzling attraction that drew him to Mira is still fierce, and staying away from her is a lot harder than he ever expected…“One of the best books I've read so far this year.” —Bette, Goodreads“LOVE. LOVE. LOVE.” —Denise,... 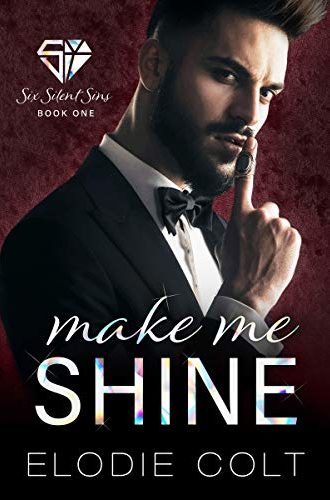 $0.00
Silent Sins - the ultimate, no-strings-attached dating program.They promise you the perfect match.Now, Nathan and Ella are about to find out the cost.NATHANI thought this elite dating program was a good idea. After all, as a divorced man at the age of thirty-two, "blind sex" sounded like a nice distraction.Her code name is Devon. She’s my faceless fantasy. A diamond in a world full of rhinestones.I don't know what she looks like.I don’t know where she lives.I don't know her name.I will never know these things.And if I'm not careful, I might fall for a woman who's just a ghost in the dark.ELLANew name. New identity. Old demons.His code name is Ross. He makes me feel alive again. Every night we share at Silent Sins, our bond grows stronger.And he’s hell-bent on meeting me in person, throwing our anonymity away, and taking me on a real date.I want to do... 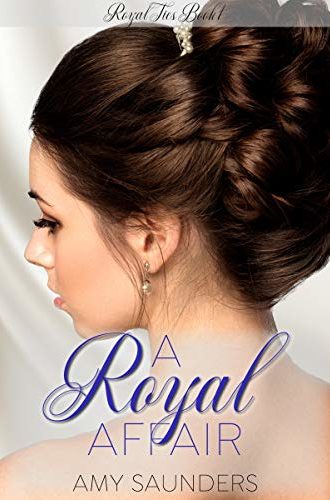 Will the demands of her position override the desires of her heart?As a crown princess, Desi can handle other royals, dignitaries, and celebrities without batting an eyelash. But Astin Gold, the suave heir to a hotel empire? No amount of diplomatic training prepared Desi for him.Or the whirlwind media scandal she’s about to ignite with him.Rumors swirl, and the pressure is on to deflect the attention. But Desi’s feelings for Astin only blossom, despite allegations that he’s using her for his own gain. As she dares to date him under the radar, it becomes clear someone close to her is behind the scandal. And their secret won’t stay secret forever.As tensions rise, Desi must decide if Astin deserves her trust. And, more important, her heart.Also in this series:A Royal Arrangement (Book 2) 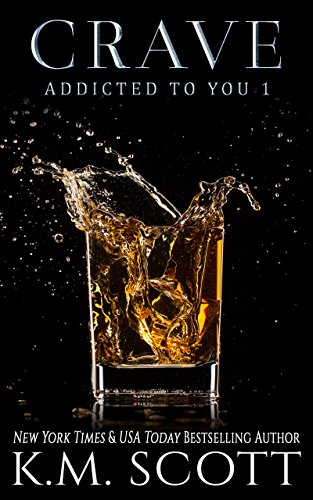 $0.00
GET ALL FOUR ADDICTED TO YOU BOOKS SEPARATELY OR SAVE WITH THE ADDICTED TO YOU SERIES BOX SET! I want her. I crave her. She's my addiction. The world knows me as Ian Anwell, New York Times bestselling author, but Kristina makes me want more. Much more.I need him. I love him. He's my obsession. Everyone thinks they know Kristina Richards, but I'm more than what they see on the screen. So much more.I'm his muse, and this is our story.Note: Crave was previously published as SILK Volume One. 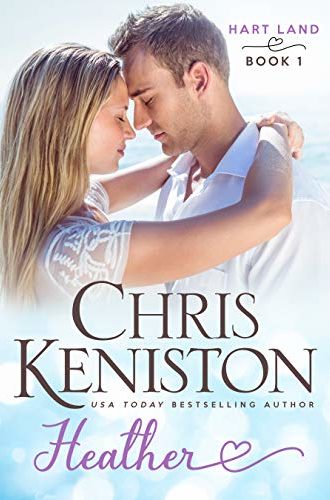 $0.00
"Small town, big family, and mismatches that will steal your heart! Delightful!" Roxanne St. Claire, New York Times bestselling author of the Dogfather Series.Home is where the heart is... Brilliant cardiac surgeon, Heather Preston finds herself having to choose between her dream job in Boston and matters of the heart when former Marine Jake Harper shows her exactly what she’s been missing.Shenanigans and romance abound in the new Hart Land series from USA TODAY Bestselling Author Chris Keniston. Fall in love with the lakeside small town of Lawford, retired Marine Corps General Harold Hart, his artistic wife Fiona, matchmaking housekeeper Lucy, and his nine single granddaughters. Did we say single? Well not for long!As a Special Bonus Heather includes a treat from Lily's Recipe Box! Look for more in the Hart Land matchmaking series: Heather - book oneLily - book two Violet - book three Iris - book fourHyacinth -... 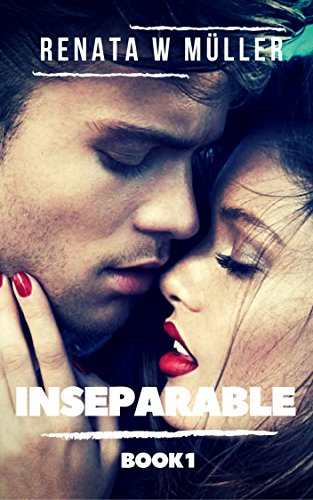 $0.00
Nathaniel Cruz had held a crush on Alexis Woodville ever since she had hit him on the head with a football at school—she literally swept him off his feet. Neither of them could have thought that their initial attraction would bind their hearts together for life. But disastrous timing and a silly misunderstanding keep them separated for a long time. Years later, despite living the seemingly glamorous life of a world-famous footballer, Nathaniel remains obsessed with Alexis, and Alexis still loves him; however, jealousy and possessiveness wrench them apart again. Nevertheless, with their fates entwined, their paths inevitably cross once more, where they find themselves torn between doing the right thing and following their hearts' desire. This is Alexis and Nathaniel’s passionate and sensuous love story. I hope you enjoy reading it as much as I have loved writing it.