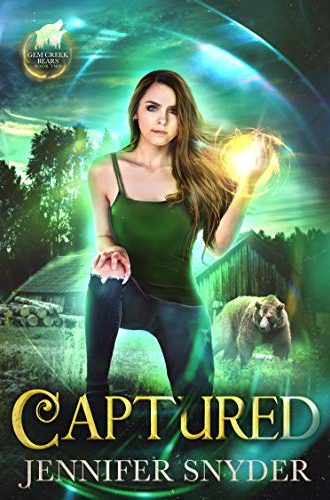 $0.00
Sometimes you have to lose to win… Tris Abbott might not have to run from her ex anymore, but that doesn’t mean she’s safe. Being the Mystic while unclaimed and unmated leaves her vulnerable. When she learns her best friend is in trouble with the same coyotes her ex ran with, she knows she can’t hop in her Jeep and head back to Opal Pine without backup and a clear plan.Good thing she knows some bear shifters.But when their carefully crafted plan goes sideways, Tris must decide how far she’s willing to go to save her best friend and the clan she’s come to care for. 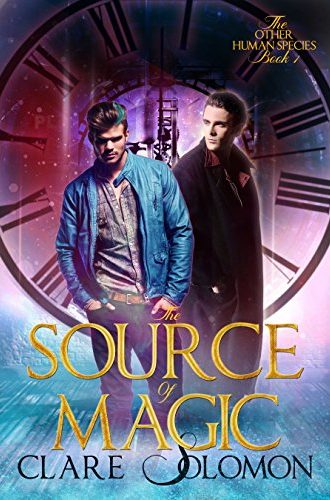 The Source of Magic (The Other Human Species 1)

$0.00
Two boys. Two forms of magic. One powerful combination.When Elliot Rivers, a Homo Sapiens, becomes friends with Barve, a Nean (Neanderthal) on their first day at university he has no idea of the conflict and fury it will cause among the students and staff, as well as within his family. To make matters more difficult, Barve’s argumentative brother, Farlden, hates Elliot.Elliot and Farlden both possess the rare gift of magic. The discovery that it becomes stronger when they combine their abilities creates a connection between them and, against their will, it draws them closer together, slowly changing animosity to something far more dangerous.The Nean brothers are keeping an extraordinary secret, though, one that could shatter their complex relationships with Elliot and change all their lives.This gay YA magic fantasy series will appeal to fans of "Harry Potter", Cassandra Clare's books and Rainbow Rowell's novel, "Carry On". 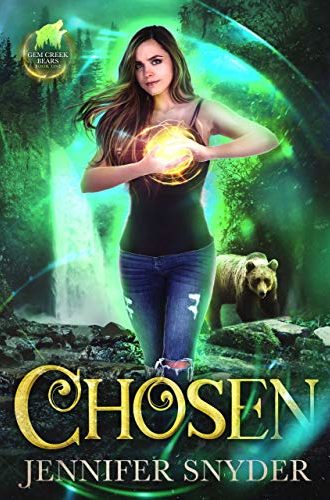 $0.00
Sometimes escaping the past leads to finding the future. On the run from her ex-boyfriend, Tris Abbott finds herself at Gem Creek Campground. A place that unexplainably feels like home, but holds secrets. It’s here Tris’s world flips upside down when she learns shifters are real and she’s chosen to save them.Before she can come to terms with the supernatural world she’s been introduced to, her past catches up.Face-to-face with her ex again, Tris must decide between fight and flight. Round two will be different though, because this time she knows what her ex is—a shifter. 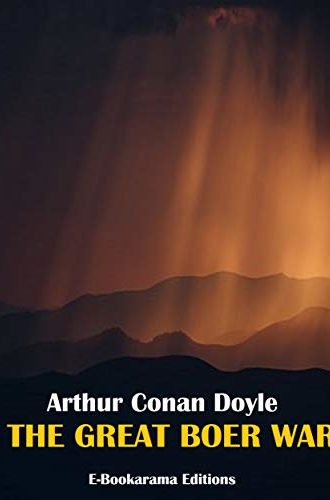 $0.00
"The Great Boer War" is a book written by Arthur Conan Doyle first published on 23 october 1900.Arthur Conan Doyle made his reputation as a novelist, but far stranger than fiction is the creator of Sherlock Holmes' tale of the Boer War in South Africa. The then 40-year-old novelist wanted to see the war first hand as a soldier, but the Victorian army balked at having a popular author wielding a pen in its ranks. The army did accept him as a doctor and Doyle was knighted in 1902 for his work with a field hospital in Bloemfontein. Doyle's vivid account of the battles is in part thanks to the eye-witness accounts he got from his patients. Doyle has thoroughly mastered the details of the campaign, and presents them in a form that can be easily understood. Furthermore, his descriptions of the various engagements are masterpieces of graphic writing.It is... 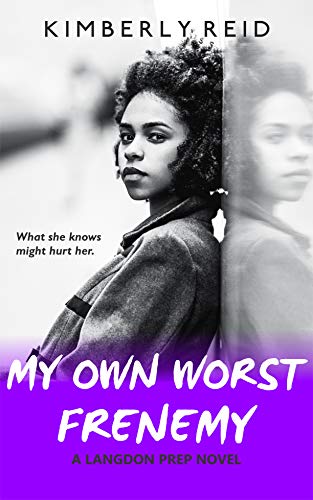 My Own Worst Frenemy (Langdon Prep, No. 1)

$0.00
With barely a foot in the door, fifteen-year-old Chanti gets on the bad side of school queen bee Lissa and snobbish Headmistress Smythe. They've made it their mission to take Chanti down and she needs to find out why, especially when stuff begins disappearing around campus, making her the most wanted girl in school, and not in a good way. But the last straw comes when she and her Langdon crush, Marco Ruiz, are set up to take the heat for the thefts--and worse. . . . 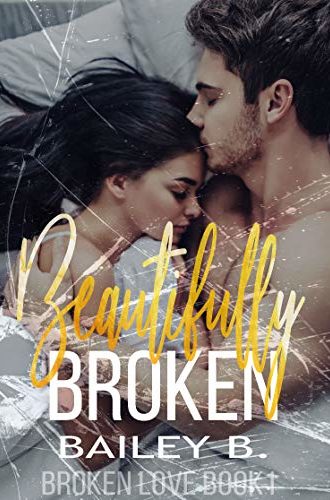 $0.00
An Amazon top 100 Best Seller in Contemporary RomancePiperMost people don’t think about the day they’ll die. They coast through life, blissfully unaware of how their time is ticking away. I wasn’t like most people. I welcomed death, wanted her to take me away from the prison I called life, but she refused. I tried twice only to survive. And then, when I thought I had nothing left it came. A reason to live. Rex was a small, unexpected ray of light my world of darkness that blossomed into a beam of sunshine. I thought, maybe this was why Death didn’t take me. Maybe she knew that if I held on a little longer things would turn around. But the third time Death came to my door wasn’t by choice. Someone else brought her, and I fear this time she might take me.RexBeing the son of a country star sucks.... 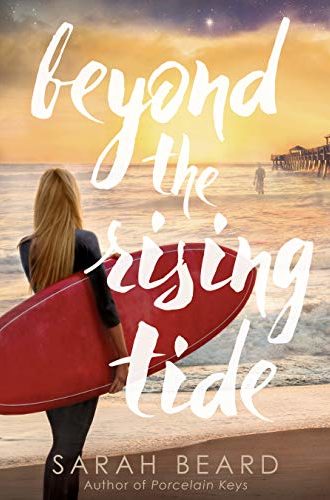 Beyond the Rising Tide

$0.00
I open my hand slowly, terrified that I’m not really solid. And then I feel the rain. Not falling through my hand, but hitting it. Gathering in my palm. It’s cold and wet and heavy. My hands are now stained with a crime, but they also hold the power to help Avery. Kai Turner was always a rebel while he was alive. Since his death, not much has changed. Now he's been instructed to forget about his old life and focus on using his new powers to heal people. But all he can focus on is Avery Ambrose, the stranger he died saving. For the past six months, her life has slowly been unraveled by his death. Dangerously blurring the barriers between life and death, Kai breaks all the rules in order to help her. Little does he know just how much Avery is willing to sacrifice for him in... 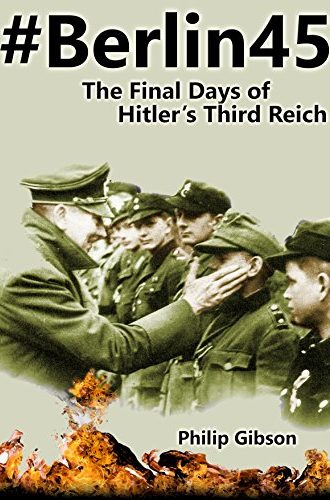 $0.00
What if there had been social media during World War II?This is not a book in the usual book format. It is the compelling story of the final 20 days of Hitler's Third Reich told in the form of imaginary social media posts based on actual statements by Hitler, Churchill, Truman, Zhukov, Eisenhower, Goebbels, Bormann, Patton, Eva Braun and many others.The story begins with the announcement of, and reactions to, the death of President Franklin D. Roosevelt and follows the thoughts and actions of the main participants through the capture of Vienna, the Battle of Seelow Heights, the liberation of the concentration camps, the Battle of Berlin, the death of Hitler and the eventual surrender of Reich forces. 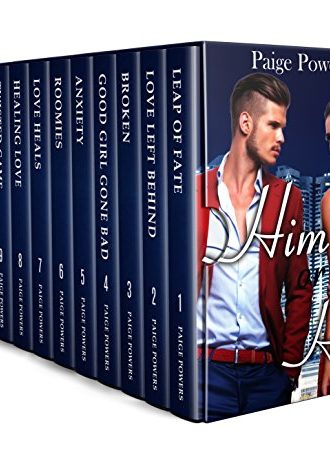 Him or Her: Romance Collections & Anthologies

$0.00
A love story collection you will not forget.12 gripping novels of romance, action, suspense, plot twists.Do you love stories that touch your heart? Then you will love all 12 romance novels in this box set. All novels are readers’ favorites with over 250 rave reviews.. This collection is put together for a short time only for your reading pleasure.Almost half a million words of touching and tender romance with multiple Happily-Ever-Afters. Enjoy these gripping love stories with enough twists to keep you turning the pages. These stories of hope, fear, romance, suspense and true love will warm your heart and your soul.If you enjoy heartwarming romance with a focus on action, suspense and plot twists, be sure to check out other books by Paige Powers.Scroll up to the top of this page and hit the orange ‘Buy now with 1-Click’ button to grab the box set and get 12 novels... 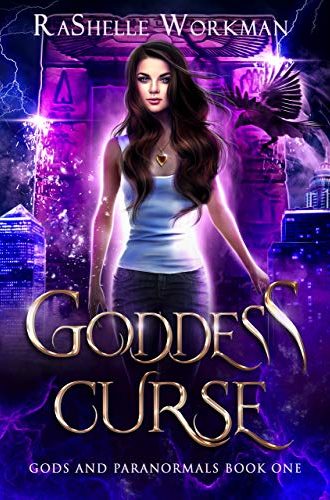 $0.00
A goddess who will do anything for a chance at love. A nineteenth-century young woman desperate to get out of her betrothal. Can a time-traveling locket be the answer, or will it destroy them both? In 1815 England, Lucy Channing is supposed to marry a man she doesn’t love and longs for a way out of the stifling life of the haut ton and into adventure. When the ghost of her dead grandmother gives her a copper locket, and Lucy is whisked forward in time, that is precisely what she gets. William Godwin is an adventurer by nature. At a moment’s notice, he’s off on a private jet in search of an unknown relic or the sarcophagus of an Egyptian royal. But when he meets Lucy and learns their lives are entwined, a new type of adventure begins. One filled with danger, mystery, angry gods and goddesses and even love.Together they must find...